Cleveland Cavaliers star forward LeBron James said he was going back to Cleveland to “bring home a championship,” and he did just that.

On Monday afternoon, signs, confetti and MVP chants greeted James and company as thousands of fans were waiting when the Cavaliers returned. They’d defeated the Golden State Warriors 93-89 in Game 7 on Sunday.

The 2016 NBA Finals MVP stepped off the plane with the Larry O’Brien Trophy held high. J.R. Smith was shirtless, while James sported an “Ultimate Warrior” shirt. 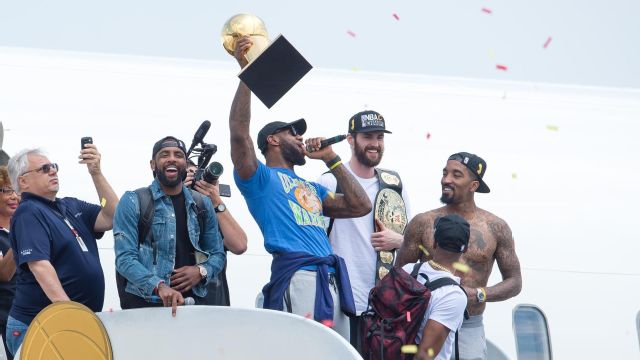