So here we are again for a fourth-straight time. LeBron James and the Cleveland Cavaliers face off against the Golden State Warriors in the NBA Finals. The Warriors, the defending champs, are still miffed they didn’t get the sweep last year. Will the Dubs’ wishes come true as King James returns with a much weaker team? Only time will tell, but let’s fire up NBA LIVE 18 to see how Game 1 might go.

“yOu HaVe fOuR aLlStArS WhY dO yOu nEeD iGuOdaLa” pic.twitter.com/AAcoE88VeG

It’s one thing to put words on your back. It’s another thing to live up to them. #alwaysbelieve #nike @KingJames pic.twitter.com/q04oVa6gNc

Well, so much for that sweep, because the Cavs beat the Warriors at their own third-quarter game, outscoring them 30-23 to create a little cushion, then pulling off the Game 1 upset 109-103 behind James’ team-high 35 points.

Warriors just couldn’t close late. Curry led the way with 33 points, 19 of those coming in the first half. 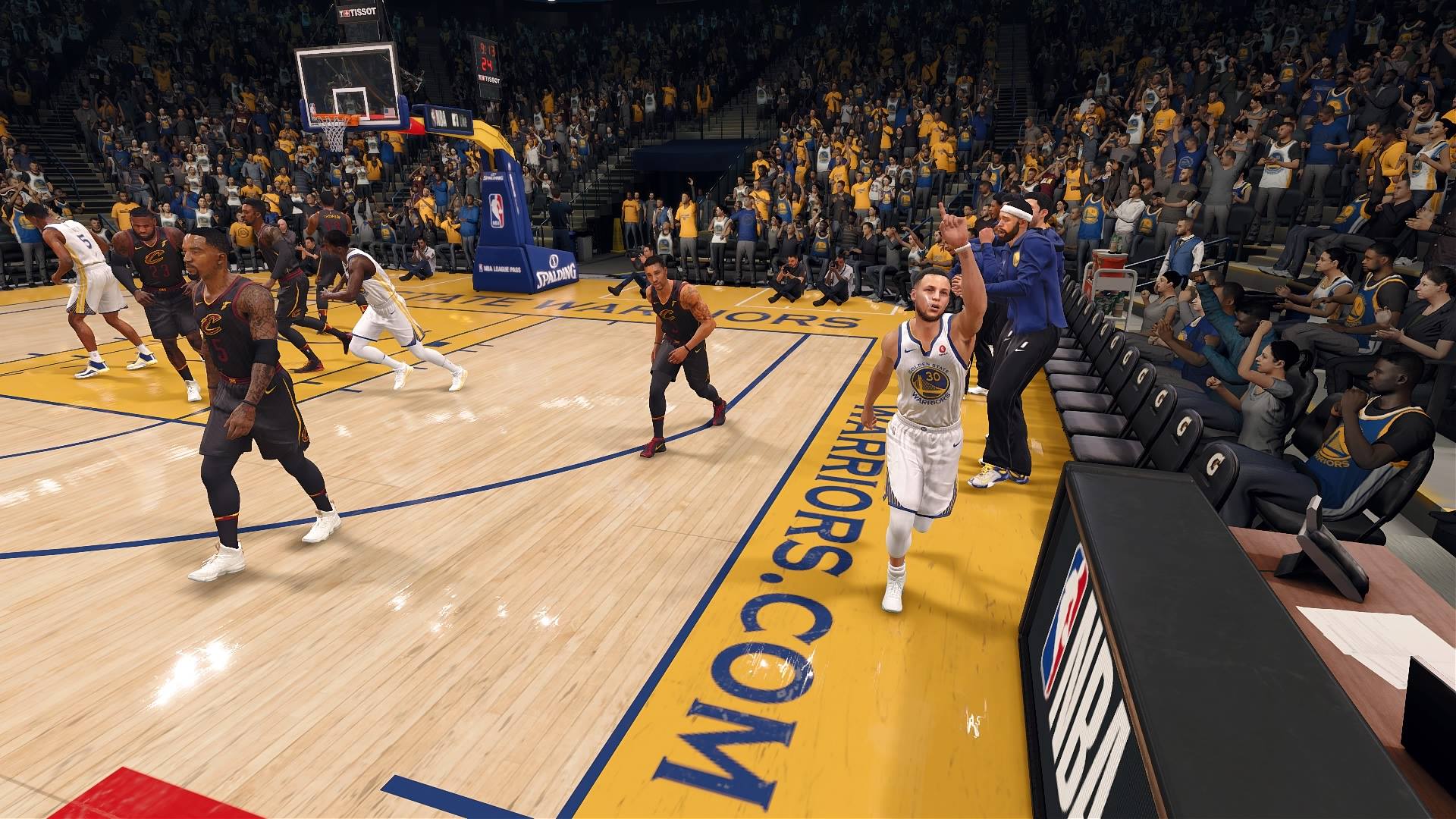 Just like in Game 7 vs. Boston, James got big help from his teammates. 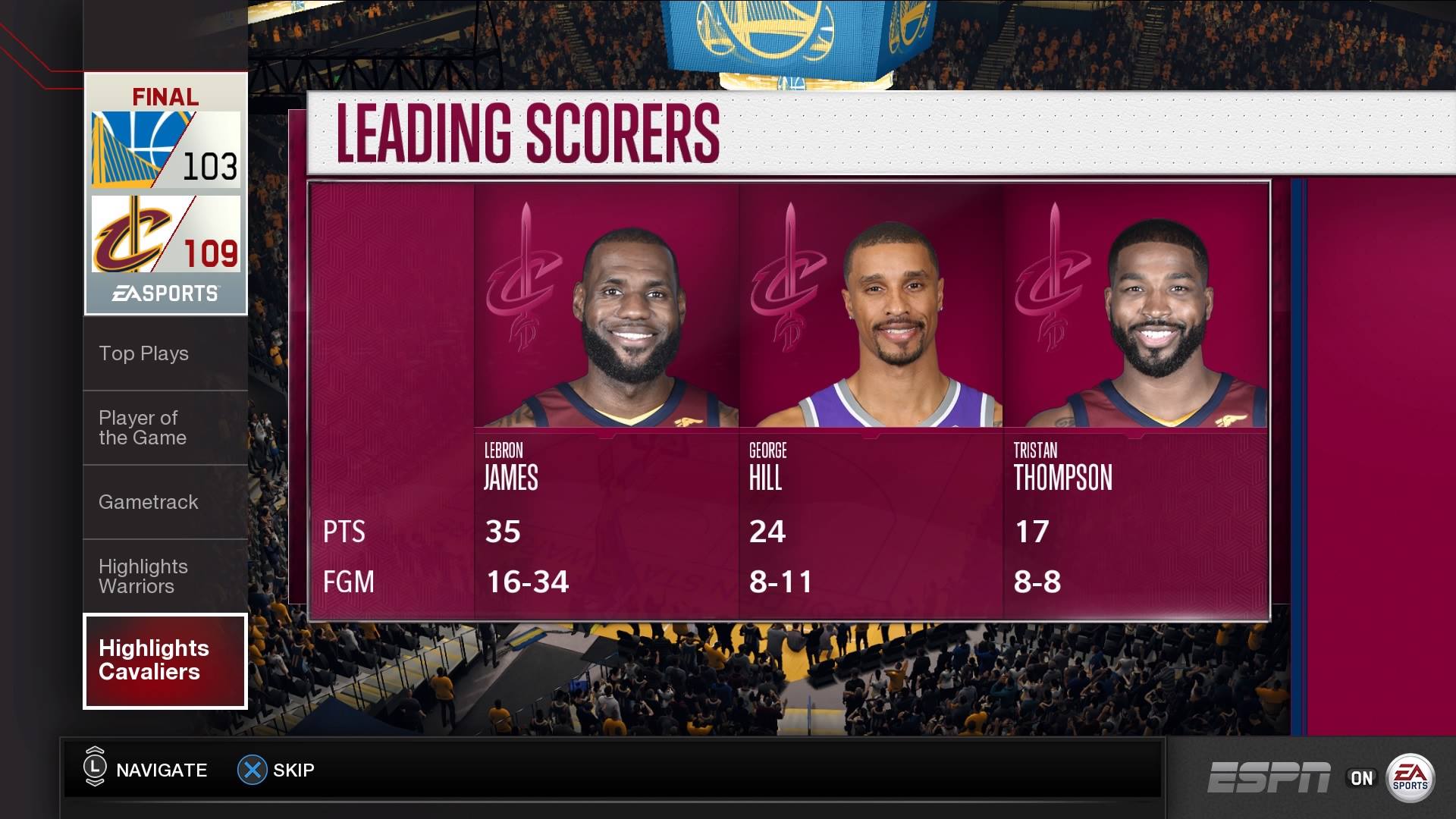 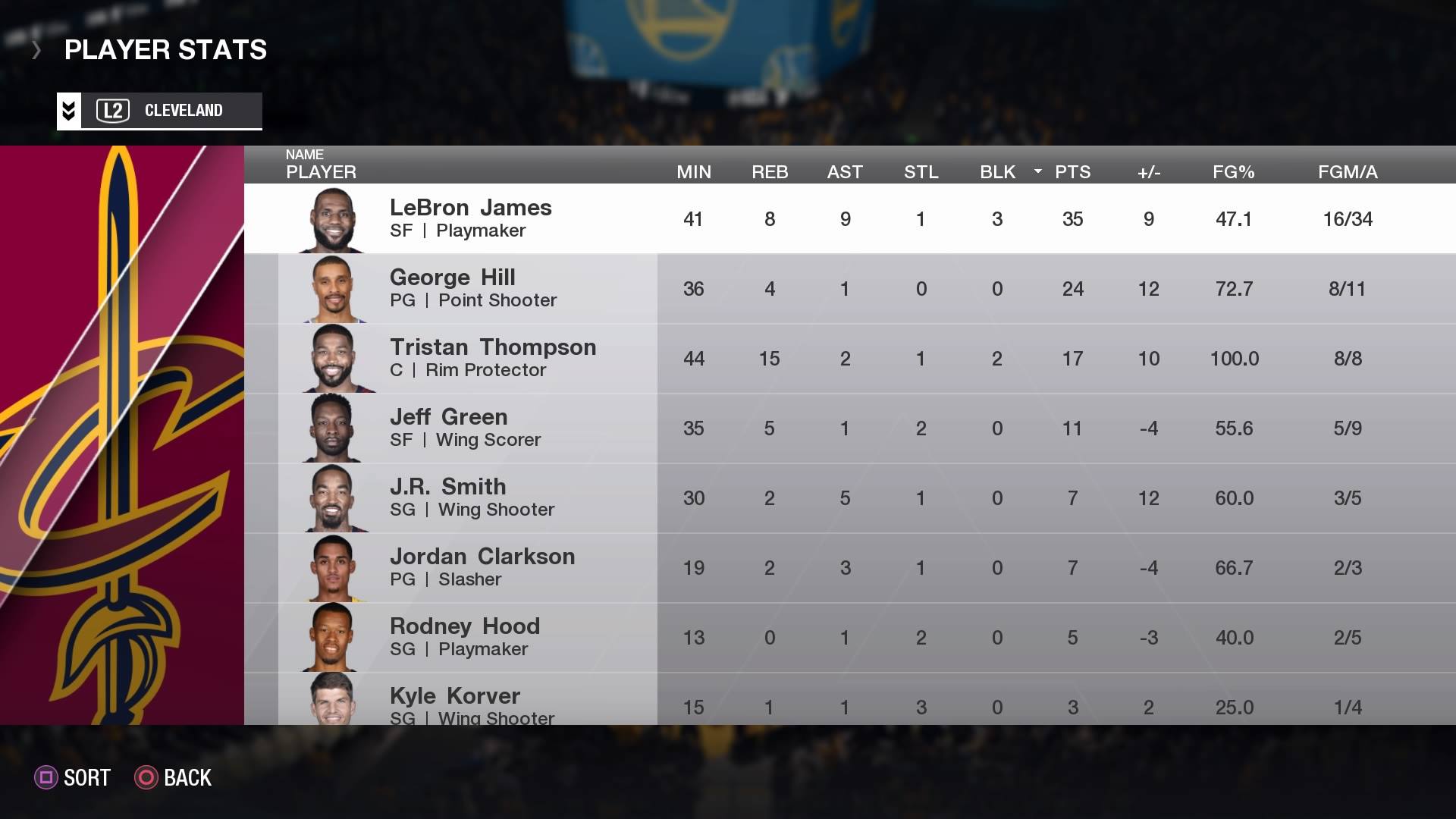