WNBA player Skylar Diggins was the first woman to sign with rapper Jay Z’s sports management company, Roc Nation Sports. She was one of only six NCAA Division I women’s basketball players since 1999-2000 to finish her career with 2,000 points, 500 rebounds, 500 assists and 300 steals.

And on July 1, she will be the first black female athlete in author Sean Jensen’s The Middle School Rules (BroadStreet Publishing) series. This is the third book of Jensen’s collection, the first two featuring retired NFL linebacker Brian Urlacher and NFL free agent Charles “Peanut” Tillman.

In the book, the four-time college All-American and current player for the WNBA’s Dallas Wings discusses how she “dealt with bullying, struggled to fit in at school and figured out how to excel in basketball despite never being the tallest, strongest, or fastest player,” the book’s Amazon.com summary reads.

The former University of Notre Dame standout announced the book’s upcoming release on Twitter late Monday night. If the book is anything like the other nuggets of wisdom and honesty Diggins has dropped on the social platform in the past, then it will certainly help young girls with their self-image and confidence.

On Feb. 22, the 25-year-old discussed how tough recruiting was for her from the ages of 14 to 17, after receiving her “first letter of interest from a respected college coach when she was in fifth grade.” Although Diggins grew up in a middle-class family in South Bend, Indiana, she said one college coach told her and her parents the school didn’t typically recruit “inner-city” prospects. 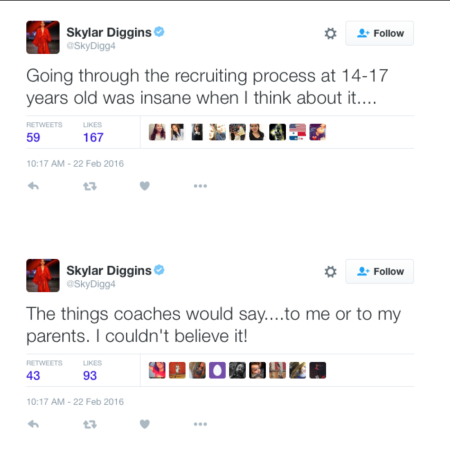 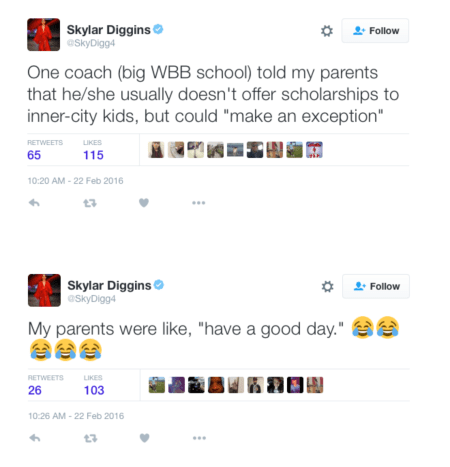 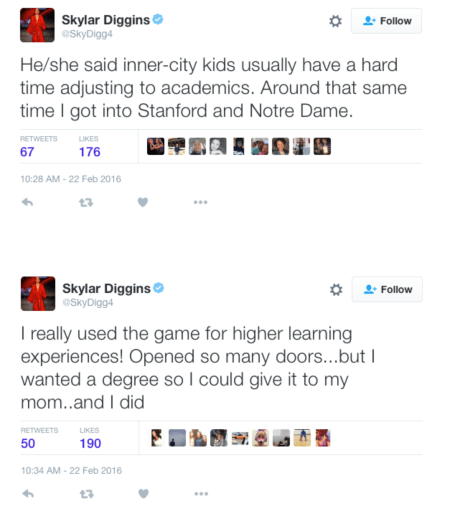 Now, Diggins has taken the experiences she has shared on social media and put them in a book. Her story can serve as inspiration to those aspiring to play sports collegiately and professionally.