The Last Supper Like you’ve never seen it before

If you don’t know the homey @WeNotSocks, you will after this. His Twitter bio reads “I can’t give you what you want from me.” His avi is a can of Four Loko and a bowl of ramen with some cheese on it. As far as I can tell, he’s a real one, as the kids say. His steez is in the stead of guys like Desus and Mero (who shoot the moon on Twitter fame) or a guy like @DragonflyJonez.

Earlier this week, the Buttered Noodle Papio unleashed a fire thread of tweets that perfectly parodied what is the most iconic image in the history of Christianity. Leonardo da Vinci’s late 15th century mural is one of the most recognizable in the world. It’s not easy to make fun of The Last Supper with any success, but @WeNotSocks nails it. Check it.

This is a question we’ve asked so many times, in so many situations. I mean, it’s vital to know before you decide to indulge. Many of us have serious personal policies on this matter. 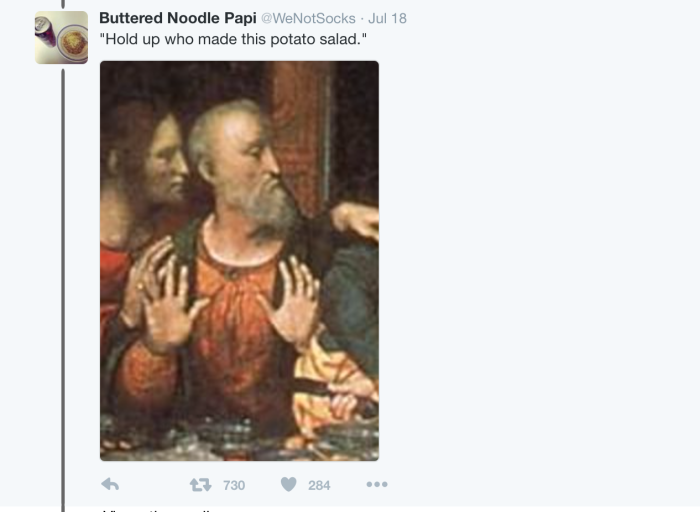 The only thing funnier than the concept of a Spades game happening among the apostles is the possibility of one of them cheating. And getting caught. 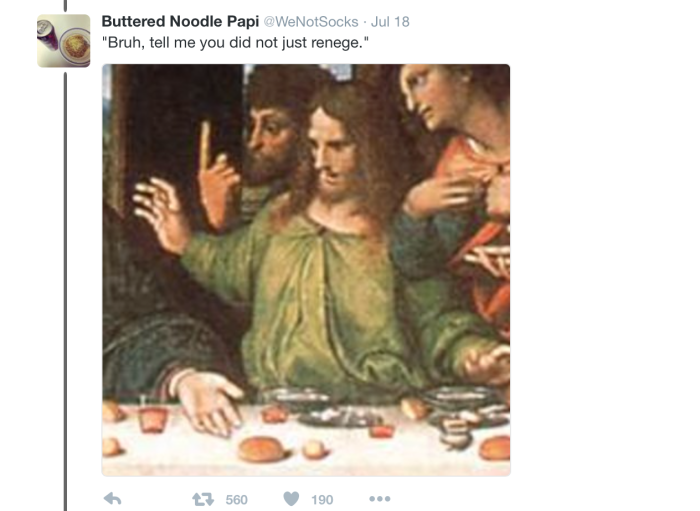 There’s always the one homey who gets too lit at the function, and the reason you know it is because he can’t stop telling everyone about it. Might have been obvious before, but he needs to keep letting people know just in case. 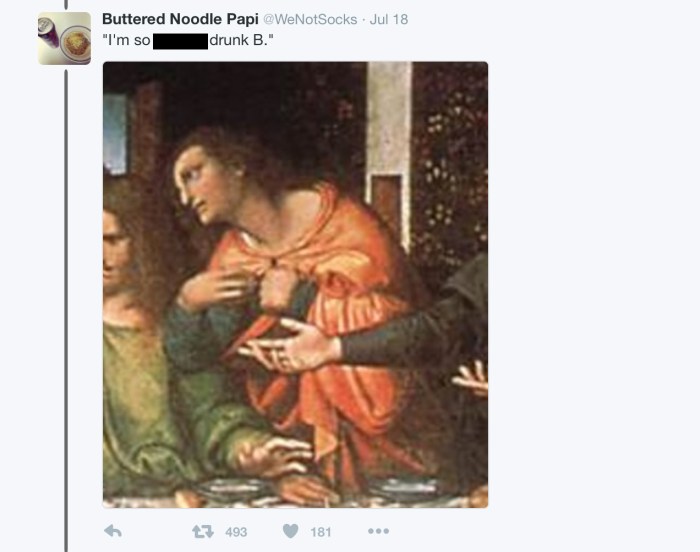 I mean, he right tho. 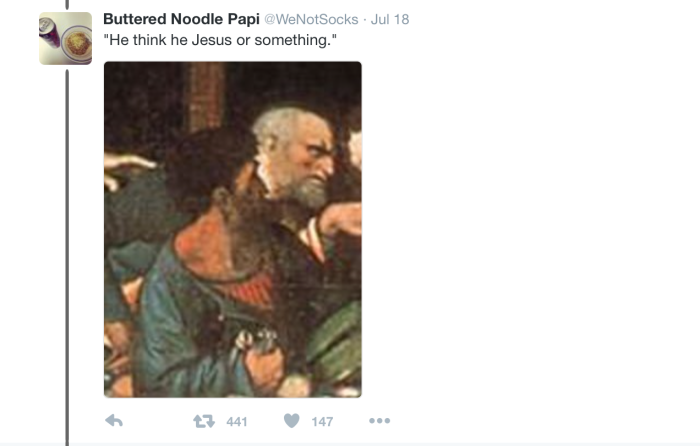 You never want to be this person at the party, but sometimes you have to. You let fam hold a couple hundred one week, next thing you know they’re splurging on Hennessy and bushels of crabs for the block? Inquiries will be made. 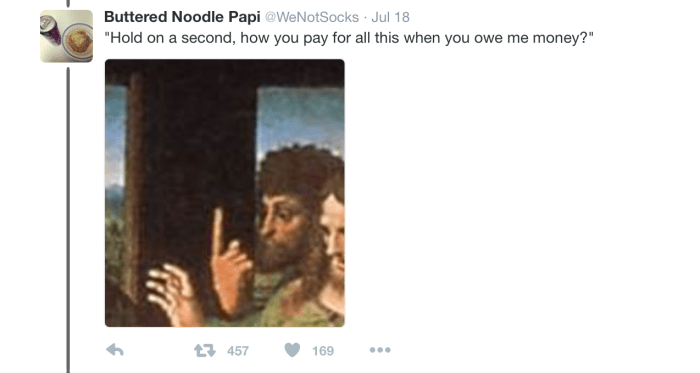 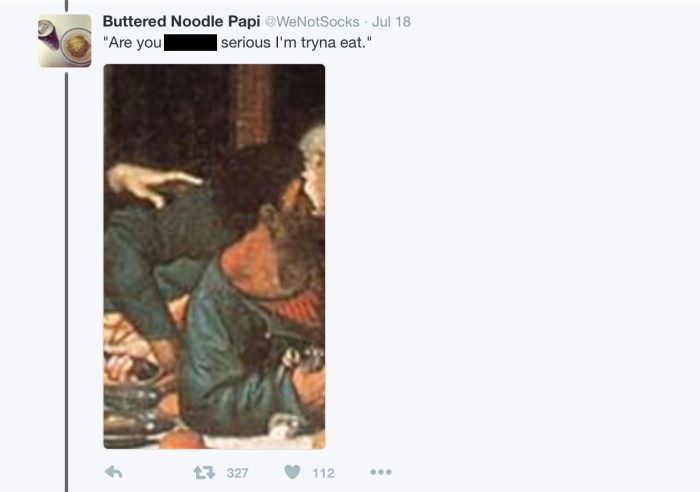 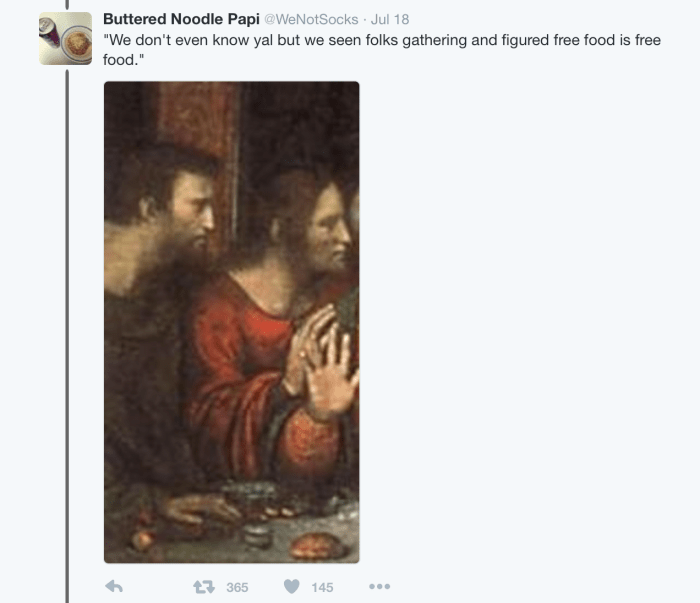 Meanwhile, we’re weeks away from training camp and some Dallas Cowboys fan is still worried about this at the cookout. 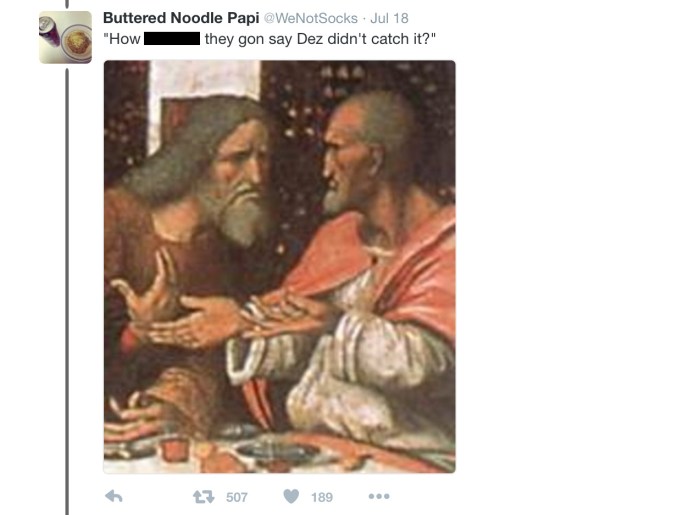 Lastly, the most important question of all, from the gawd himself. 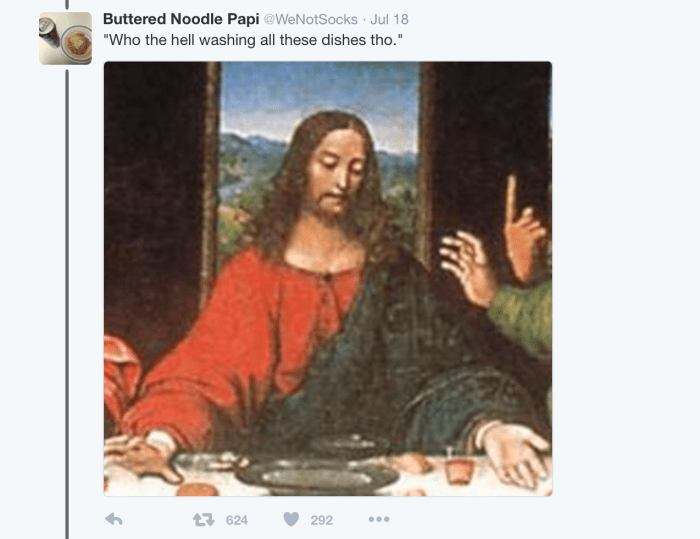