According to ESPN’s Darren Rovell, the UFC has been sold for $4 billion in a deal announced Monday.

If you’re a UFC fan, things are about to change. The organization held its much-anticipated UFC 200 event in Las Vegas on July 9. While fans tuned in to watch the event, deals were unfolding.

Talent agency WME-IMG revealed that it is partnering to take over the mixed martial arts company.

“No other sport compares to UFC,” remarked Dana White, UFC’s president, who will continue in that role. “Our goal has always been to put on the biggest and the best fights for our fans, and to make this the biggest sport in the world. I’m looking forward to working with WME-IMG to continue to take this sport to the next level.”

WME-IMG will also serve as UFC’s operating partner. The firm, which has a proven track record of building leading sports brands, will focus on accelerating the sport’s popularity and presence around the world. Along with Silver Lake Partners and KKR, they will provide preferred equity financing.

“We’ve been fortunate over the years to represent UFC and a number of its remarkable athletes,” said WME-IMG co-CEOs Ariel Emanuel and Patrick Whitesell. “It’s been exciting to watch the organization’s incredible growth over the last decade under the leadership of the Fertitta brothers, Dana White and their dedicated team. We’re now committed to pursuing new opportunities for UFC and its talented athletes to ensure the sport’s continued growth and success on a global scale.”

Founded in 1993, UFC is one of the largest and fastest growing sports brands in the world, particularly among millennials. The organization produces more than 40 live events annually and is the largest pay-per-view event provider in the world, broadcast in over 156 countries and territories, to nearly 1.1 billion television households worldwide in 29 languages. UFC continues to capitalize on digital distribution platforms via its wholly owned subscription over-the-top service, FIGHT PASS, delivering exclusive live events, thousands of fights on-demand and original content to fans around the globe. 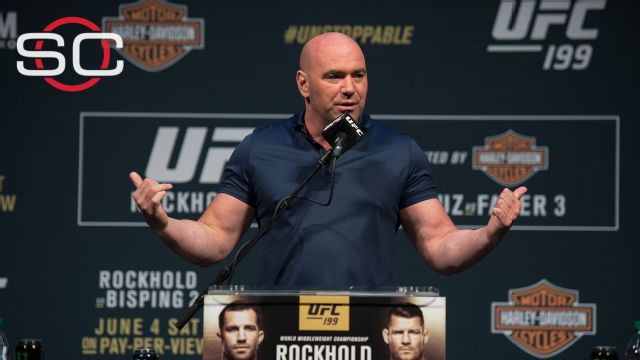